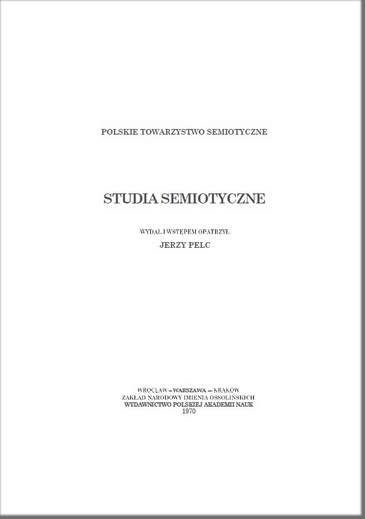 Clarity is probably the most basic requirement laid down by logic in its broadest sense. As far as I know, however, the concept has not received any in-depth analysis, although the requirement has been repeated on various occasions. Such an analysis is not the purpose of these remarks either: their goal will be achieved if the concept of clarity and the associated notion of linguistic analysis become at least slightly clearer than they are now.

I should add that in this article I will only be concerned with the issue of clarity of declarative statements, i.e. sentences, without touching on the problem of clarity of other utterances — normative, evaluative, or interrogative. As for the concept and various types of linguistic analysis, illustrative examples will be drawn from works in the field of logical semiotics, where various kinds of analysis occur in the most lucid way.